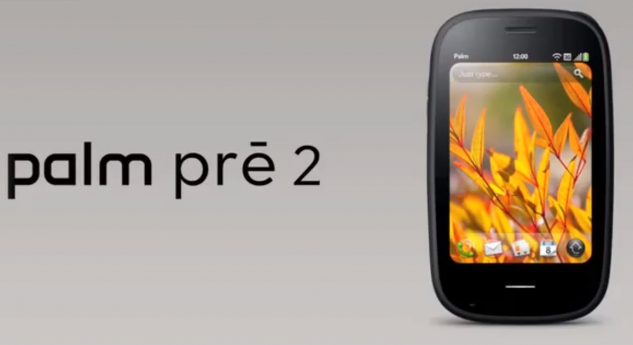 When I accidentally dropped my phone into a storm drain last spring, I had a decision to make. I had been carrying insurance on the phone so I thought it would be simple to just get a free replacement – Hah! The phone was a Verizon Pre Plus running webOS ‘Meta-Doctor’ version 2.1. I’d had the phone a little over a year but had only just begun to discover the magic of webOS HomeBrew via webOS-Internals and I was finally excited about webOS.

First of all, to replace the phone using the insurance required an $89.00 co-pay. I had not realized it would cost that much – I should probably pay more attention to what I sign, huh?  I suppose that it might have been a good deal if I had just gotten the phone and had no upgrade available. But it wasn’t a good deal for me at all, since I could get an upgrade to a Pre 2 (faster cpu, same webOS) for just $69 with a 2 year commitment. I hadn’t really paid much attention to the insurance policy before that event, but I realized at that point that paying $7.99 a month for insurance (almost $100 a year!) is not such a good deal when you can get a used phone on e-bay to at least temporarily (until your contract expires) replace a lost or stolen phone for about the same cost. Now I know.

Anyway, I opted for the Pre 2 upgrade and I have continued my exploration of the magic of webOS and Homebrew.

My first Palm device was a Palm Pilot III, that I got sometime in the 90’s.  When the Treo 600p came to Verizon – in 2003, I think – I got my first smartphone. What was particularly exciting to me was how the programs that I had available on my Palm Pilot could be upgraded to work on my new phone with the advantage of wireless internet connectivity. I could check e-mail, browse the web, sync contacts and Schedules with my desktop (I used Lotus SmartCenter & Organizer) as well as make quick edits to documents.

I continued to upgrade my Palm: Treo 600p > Treo 650p > Treo 755p and add/upgrade more and more software as time went on. That software had actually turned into a significant investment over the years.  But I was increasingly frustrated that Palm wasn’t including wireless home network support is these phones, even though the Treo 755w (the Microsoft mobile OS version) had that support.  So when it came time to upgrade from the 755p, I started looking around – particularly at the new Motorola “Droid”.  The first Palm Pre was only available on Sprint and there didn’t seem to be an upgrade path that suited me so I was prepared to give up all of my Palm software and move to “Droid Land”. That was back in 2009.

But around the time that the Droid was released, the Palm Pre Plus came to Verizon so I also had a look at that, as well as the Droid that Verizon was pushing so hard. I was frustrated because no matter which phone I chose, I wouldn’t be able to keep any of my old palm ‘apps.’ Android apps were not all that impressive at that point, but webOS was even less impressive.  Upon searching around a bit, though, I discovered that there was an add on (an app, actually) for webOS called ‘Classic’ that was basically a PalmOS emulator so that I would be able to install all of the Palm apps that I had invested in over the years as well as move forward with the new mobile OS.  Before I got the Pre and had the chance to use it for a while, I admit  that I didn’t really ‘get’ webOS.

But I stuck with Palm and used ‘Classic’ to continue to use my older apps. I was alright with my new smartphone – not thrilled, but satisfied.  It was a significant improvement over the Treo: home network support, better web browsing, something called ‘Synergy’ that combined all my e-mail into a single inbox, and automatically updated my contacts and schedule info wirelessly with my exchange accounts. One thing that I did immediately notice about my new phone was that I didn’t have to close one program to open another – something that always frustrated me about all smartphones (and continues to be a frustration of mine with Android and iOS).  What continues to be unique about webOS is the ability to ‘card’ programs, and switch between those open cards, effectively bringing true multitasking to the mobile platform.

Right before I lost my Pre Plus, I had discovered that there was a ‘HomeBrew’ method to upgrade webOS even though Verizon hadn’t released an over the air (OTA) update. I had held off on exploring Homebrew, not really clear on what it offered and somewhat concered about voiding my warranty. But once my warranty was up, I figured out how to use something called ‘webOS Quick Install’ (WOSQI) to add a piece of software to my phone called ‘Preware’ which offers an alternative app store of free apps and patches that increase the functionality of webOS. Then I discovered that the Homebrew Community had created a way to create ‘Meta-Doctors”, essentially custom versions of webOS that could be created and used to flash the phone without violating the copyright on the OS. That process allowed me to upgrade my phone beyond the carrier’s official version.

Shortly before I got my Pre 2, HP bought out Palm and  just last summer released the HP TouchPad running an updated version of webOS.  I bought a TouchPad on release day, July 1st, 2011.  Since then, all hell has broken loose with webOS.  HP’s former CEO ditched the TP and started selling them at firesale prices. I got a price match refund from Best Buy and promptly bought a second TP.  Then HP ditched the CEO who ditched the TP and brought in Meg Whitman, former EBAY CEO who, just last month, announced the HP would ‘open-source’ webOS, making the source code available under a public licensing agreement.

With the release of the source code, the Homebrew Community seems to be poised to expand their influence on the future of webOS and, in my opinon, the excitement is just beginning.  It has really been quite a ride since I got my first Pre.  But I’m more and more impressed by the functionality and usability of webOS as a mobile operating system platform.

And, BTW, I’m still using the Classic Emulator to run my old PalmOS software, although there are more and more options for native programs to replace my older software. But there’s still one or two ancient apps that I use regularly.  Without the great Homebrew Community, and the support through the unofficial webOS forums at webOSNation, none of that would be possible.

The ups and downs of webOS last year, and it’s uncertain, yet exciting potential for future development has an odd, synchronous resonance to some of my personal experiences last year, as well as to my personal uncertainty going forward.  I very much like how webOS continues to allow me blend the old with the new, and how it is moving forward into the open-source arena of innovation.  There are incredible developments in the areas of cloud computing and mobile technology that I think we have only begun to see and utilize.  Through webOS, I’ve gained new appreciation for cloud based services like Dropbox and BOX.net, as well as Twitter and Facebook.  But I’ve also got my old, PalmOS versions of Docs-To-Go and Smartlist DB – just in case. 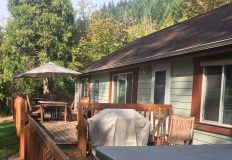